With the button "Add Path" new paths and groups can be built or modeled.
First, enter a name for the field to be modelled under "Name". Under "Path Type" you can choose whether you want to build a path or a group. A group is the collection process, but also, for example, the document, since all paths, e.g. the field "Herbarium number", go out from it as "S1 collection object". 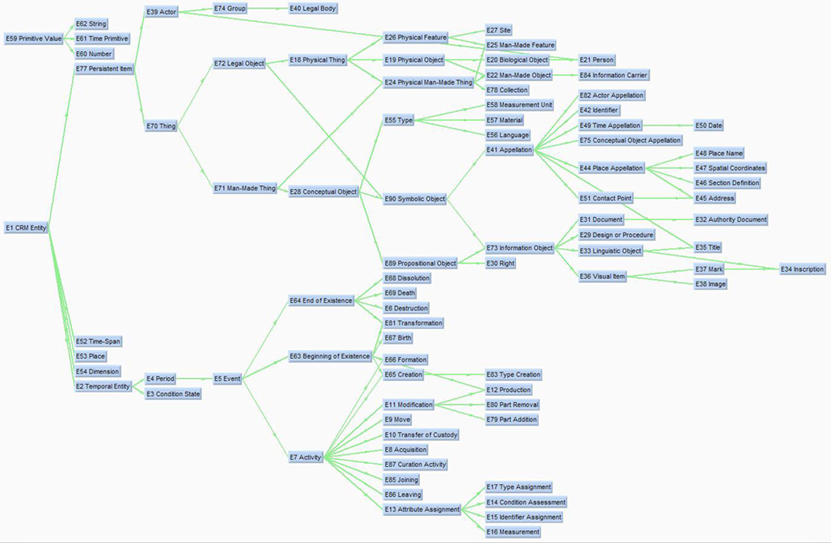 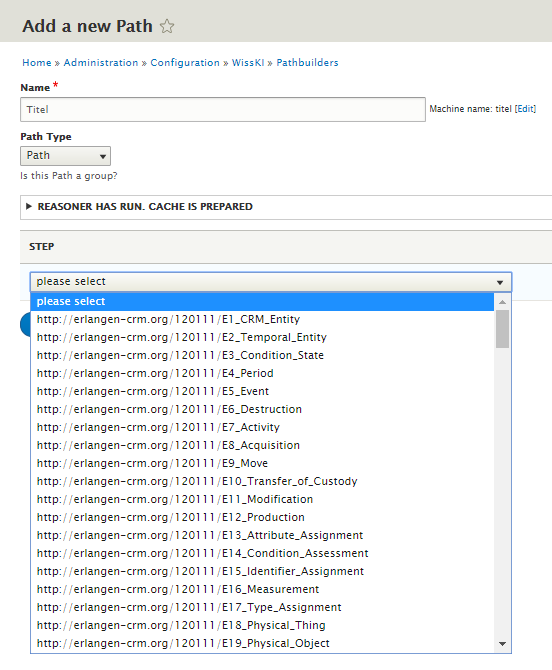 The various ontology modules are offered via a dropdown menu. If you scroll further down, the CRM modules are followed by those that were created as sub-concepts with the Protégé software. For the modeling of a path, the pathbuilder suggests entities and properties in alternating sequences, but only in such a way that a meaningful connection is created according to the CIDOC CRM specification and no arbitrary chaining of the building blocks.
Excursus Datatype Properties:
Paths do not end on an entity, but on a property, which is hidden in the view in the pathbuilder. These properties are so-called datatype properties that connect the last entity in the path with the character string entered in the field above it. By default, the property P3_has_note is selected for this:

If the measurement data is entered in the field, the entity "has_value" is used. For this the path must end in an E54 dimension. The size of an object is specified in a field (e.g. "Value").