The difference between paths and groups can best be explained using a graph display. This shows the data network of an object, which consists of numerous paths and groups. For example, the area marked green is a path, while the area marked red is a group. It is a group because it connects three paths (marked violet) or forms their common denominator. If there are two paths which have at least one triple in common at the beginning, a group must be formed which connects them with each other. 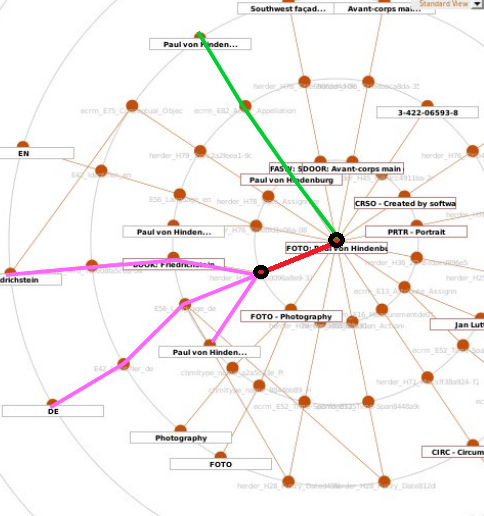 For example, the two paths "Collector" and "Location" described above share the first section
Collection object → was collected by → Collection process
This common section is therefore a group that must be explicitly modeled and to which the two paths are then subordinated. The following point explains how path modeling works.